Sniffing out bad bacteria: Researchers have developed an “electronic nose” device that can detect infection-causing bacteria

A study published in the European Surgical Research revealed that a proof-of-concept portable device known as the electronic nose (eNose) showed efficacy in detecting harmful bacteria that lead to soft tissue infections even without prior preparation of tissue samples. The research team from the University of Tampere, Pirkanmaa Hospital District, Tampere University of Technology and Fimlab in Finland also found that the device was able to distinguish bacterial infections from one another.

The researchers explained that soft tissue infections including postoperative wound infections remain a global health burden. The experts also discussed that these infections were commonly diagnosed through various methods such bacterial stains, cultures and polymerase chain reaction assays. However, the experts noted that the results often come out several hours after the tests. This then leads to the administration of antibiotic treatment without a specific diagnosis, which in turn might result in longer treatment times, adverse side effects and higher health costs.

As part of the study, the Finnish researchers developed an electronic nose that generated an olfactory profile for each molecular component present in the air. The electronic nose was used on clinical bacterial cultures to assess its efficacy in detecting and differentiating different species of bacteria.

The experts observed that the device was able to distinguish methicillin-sensitive Staphylococcus aureus (MSSA) and methicillin-resistant Staphylococcus aureus (MRSA), Streptococcus pyogenes, Escherichia coli (E. coli), Pseudomonas aeruginosa and Clostridium perfringens with an accuracy of 78 percent within minutes without prior sample preparation. The experts also touted that the device showed an 83 percent sensitivity, a 100 percent specificity and a 91 percent accuracy in differentiating MRSA from MSSA.

“Our aim was to create a method for the rapid diagnosis of soft tissue infections. If we had such a method, treatment could be started in a timely manner and targeted to the relevant pathogen directly. This would reduce the need for empirical treatments and shorten diagnostic delays. The portable eNose device we used does not require laboratory conditions or special training, so it is well suited for outpatient use. The results of this study are a significant step towards our goal,” doctoral researcher Taavi Saviauk told Science Daily online.

The researchers inferred that developing a device that speeds up the diagnosis of soft tissue infections might help stave off diagnosis delays and reduce the need for empirical treatments.

A study carried out by researchers from the University of Tampere revealed that electronic nose might even detect the presence of prostate cancer in patients. The scientists examined urine samples from 50 patients with biopsy-confirmed prostate cancer and 15 patients with benign prostatic hyperplasia (BPH) as part of the study. The results showed that the device had a sensitivity of 78 percent and a specificity of 67 percent in detecting cancer in the urine samples.

The researchers added that the device was able to differentiate patients with prostate cancer from patients with symptomatic BPH. The findings were published in the Journal of Urology. (Related: Revolutionary technology can diagnose heart and lung disease from a patient’s breath.)

“The performance with the eNose matches that of PSA results in previous literature and the results are achieved rapidly and in a completely noninvasive manner,” lead author Niku Oksala said in a Medscape article.

“The PSA test has well-recognized limitations such that the [US Preventive Services Task Force] has recommended against using it to screen for prostate cancer, despite the absence of other widely available techniques. [eNose] is a technology that has been under development for some time, and it is encouraging to see this now applied to the early detection of prostate cancer,” outside expert Dr. Nicholas J. Vogelzang added.

Visit FutureScienceNews.com for more information about the latest developments in medical technology and biological science. 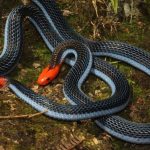 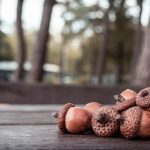 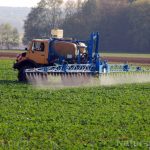 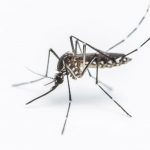 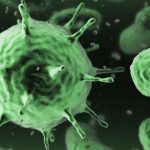